A lily white skin. You can find many stories in history books about this ‘ideal’. It was not only in the Georgian times, when wigs and white faces were fashionable, that people strived for a pale smooth face, but even long before this. In order to achieve a perfect skin, people used chalk, white lead or even mercury! Which came with all its consequences….Nowadays an ingredient of choice is Hydroquinone.

Rubbing the pigmentation off? Hydroquinone!

Fortunately we now know better. And thanks to much research we understand where pigment spots come from and how we can treat them. I’ve written before about how pigment spots (maybe even more than wrinkles) can make us appear older (see the illustration here). It is the most common reason for visiting a Dermatologist (around 20%!). Many cosmetic products promise to remove the spots. Don’t be fooled: most don’t work. Pigmentation is a complex skin problem, which can’t just be rubbed off. The most common and best tested treatment for pigment spots is hydroquinone. It is naturally found in many plants, but is also found in coffee, tea, beer and wine.

How does it work?

Hydroquinone ‘de-pigments’ the skin making the existing pigment spots less visible. Less pigment is produced. This is made possible through the slowing down of the conversion of tyrosine into melanin. Some technical information which I will try to explain in simple terms:

Pigment or melanin is a brown colouring produced by the skin. Skin gains its brown colour through this melanin. If equally produced, melanin gives the skin an even brown colour. If this process becomes disturbed for example due to hormones, wounds or acne then pigment spots arise. Hydroquinone suppresses melanin production. So the skin doesn’t get the chance to become brown which would highlight the places where the process has been disrupted. It doesn’t, therefore, whiten the skin but prevents the formation of pigment spots (Zoe Draelos, Cosmeceuticals).

Use it with care

There are many horror stories about this ingredient in circulation. It is true that Hydroquinone make the skin dry and irritates it. Especially in the beginning. But if you gradually build its use up and at the same time apply a hydrating cream the results are better. In very rare cases the use of Hydroquinone can lead to ochronosis- the darkening and even blackening of spots on the skin, something which is difficult to reverse. This is only found in people who have received high amounts of strongly concentrated Hydroquinone and/or have used it over a number of years. Further investigations on rats revealed that in high doses it can be carcinogenic -something that in other investigations has again been refuted (abstract). There is even an investigation which has been carried out which reports that Hydroquinone could possibly protect against the onset of cancer (abstract).

All in all it has been prescribed and used for decades by leading Dermatologists all over the world and there has been much research carried out. There is no issue as to whether it works or not, and, provided it is used sensibly, it is an ingredient that I would recommend for the treatment of pigment spots.

You can read here about an investigation into ‘Hydroquinone Versus Ascorbic Acid‘ for melasma,
more about ‘The Three Most Common Forms of Pigmentation‘, and
clear illustrations showing what the sun and
pigmentation can do to skin.

↓Klik om reacties te tonen
↓Klik om te verbergen
Can you find the answer to your questions on my blog? If not, please don’t hesitate to contact my team, they are happy to help you!
From Masters To Doctorate
A Good Sun Cream?

What are you looking for?

Dr. Jetske Ultee
Research Physician in Cosmetic Dermatology
For years now I have been delving into cosmetics. I believe in the importance of good skincare but, at the same time, I am shocked by the sense and nonsense within the cosmetics world. You can share in my knowledge about skincare via this blog.
More about Dr. Ultee 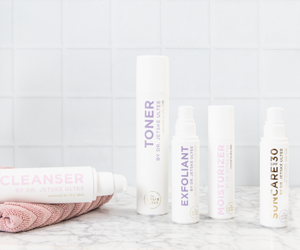 Skin analysis
Wondering which skin type you have?
Take the test

ERROR(400): This endpoint has been retired

My skin book
Do you want to read more about skincare?
Order now